This list has been prepared by members of the League of Women Voters of the Northampton Area after reviewing many books in local libraries.  With thanks to the collaboration of the librarians at Forbes Library in Northampton, Lilly Library in Florence, and Meekins Library in Williamsburg.  We have chosen twenty books that we believe will have strong appeal to elementary school children and their teachers.  You will find many others in your local libraries, especially in the biography section.

General Interest including for read-aloud

Ballots for Belva:  The True Story of a Woman’s Race for the Presidency, Sudipta Bardhan-Quallen, 2008, Forbes, Grades 2-5, Well written appealing picture book about Belva Lockwood who became a lawyer, worked for women’s suffrage, was nominated for president of the U.S. in 1872; story of history and perseverance

I Could Do That!  Esther Morris Gets Women the Vote, Linda Arms White, 2005, Forbes, Grades K-5, Very engaging picture book – good read aloud any age.  About the woman who helped win the vote in Wyoming and then was elected herself.

Lillian’s Right to Vote, Jonah Winter and Shane W. Evans, 2015, Forbes, Grades  1-5, Picture book about Lillian Allen – her march through the history of voting rights in the U.S. until , at the age of 100, she casts her vote for Barack Obama and canvasses her Pittsburgh neighborhood.

Mary Walker Wears the Pants:  The True Story of the Doctor, Reformer and Civil War Hero, Cheryl Harness, 2013, Lilly, Grades 1-5, A very interesting person – mentions suffrage, although not a focus.

Miss Paul and the President:  The Creative Campaign for Women’s Right to Vote, Dean Robbins, 2016, Forbes, Grades K-5, Engaging picture book about the significant role that Alice Paul played and who she was as a feisty woman.

A Lady Has the Floor, Kate Hannigan, 2018, Forbes, Grades K-2, Picture book about Belva Lockwood who was nominated for president of the U.S. in 1872.

Around America To Win the Vote:  Two Suffragists, A Kitten, and 10,000 miles, Mara Rockliff, 2016, Lilly, Grades K-2, Very appealing about the perseverance of two suffragists in their cross country automobile tour to advocate for women’s suffrage – good book for young children.

Friends for Freedom:  The Story of Susan B. Anthony and Frederick Douglass, Suzanne Slade, 2014, Forbes, Grades K-3, Not as good as above but more detail and similar emphasis on their friendship.

Roses and Radicals:  The Epic Story of How American Women Won the Right to Vote, Susan Zimet and Todd Hasak-Lowy, 2018, Forbes, Grades  4-8.  An excellent overview of the suffrage movement with accurate and interesting details and interpretation of the history.  Good  for grades 5-8.

With Courage and Cloth:  Winning the Fight for a Woman’s Right to Vote, Ann Bausum, 2004, Lilly, Grades 4-6 and very useful for teachers.  Well written and interesting with helpful biographies and references; all illustrations are photographs. 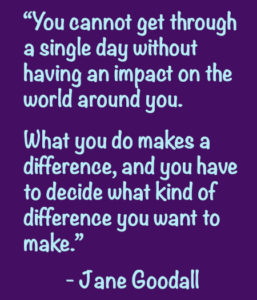